Realme Buds Wireless Pro bring active-noise cancellation for under Rs 4,000 in India but a Rs 1,000 discount make these earphones even better purchase. India Today Tech explores how well these earphones are in this review.

Realme launched two new audio products in India recently to finally enter the next level where active noise cancellation is a mainstay for hearables. One of these products is Realme Buds Air Pro TWS earbuds that I reviewed sometime back to find that while the ANC on them is good, the sound quality could have been better. Today, I am looking at the second product, the Buds Wireless Pro where the word ‘Pro’ represents the presence of active-noise cancellation.

Realme Buds Wireless Pro is not completely wireless like the Buds Air Pro. It has a flexible neckband that connects the two earbuds with a wire. So despite being wireless, it has a wire that hangs around the neck. Neckbands are common. What is not common is active-noise cancellation on neckbands. ANC has been a premium feature that either headphones or truly wireless earbuds come with. But Realme is democratising ANC with Buds Wireless Pro for as low as Rs 3,999 and it may actually succeed. I explain how in this review.

There is not much that you can do to change how neckband earphones should look. They will still end up having a loop for your neck and compact earbuds that are connected with a cable. The design of the neckband earphones also has to be considerate of weight because heavy neckbands will not be preferred. Realme is versed with each of these points about the neckband design and it shows when you look at the Buds Wireless Pro.

Realme has retained its black and yellow accents for the Buds Wireless Pro’s Party Yellow colour variant wherein the cable connecting two metal earbuds is yellow while the rest of the neckband is black in colour -- with, of course, a hint of yellow on physical buttons on the loop. You have another colour variant called Disco Green with pastel green accents. This is a simple design that is not in-your-face yet will attract you. The neckband is also lightweight which makes it easy for wearing on your neck for extended hours whether you have the earbuds in or out.

The earbuds are attached magnetically, which I think is the best solution for the confusion where you want the earbuds to be near your ears but you do not want complex ways that need some precision or practice, such as gestures, to control the playback. Gestures are good but they are not as intuitive as clicking a button or the simple act of magnets when stuck together, pause the music or disconnect the call or even power off the earbuds. The buttons on the earphones are marked well and reachable. They are not very clicky but do the job.

Everything else in front of this is complicated. Period. Moreover, you do not have to worry about losing the neckband as much as you would for truly wireless earbuds.

Okay, now that I have told why the neckband deserves that money for its design. Let me come to how well they fit.

The Buds Wireless Pro has earbuds with silicone ear tips, which ensures a snug-fitting. I did not feel earbuds coming out of my ears when running or laughing. The neckband is also heavy enough to stay in place mostly but some intensive movements can make the neckband slip and fall. You get three different sizes for ear tips for different ear sizes. The wires are made of rubber, which is why they do not entangle with each other. But even if they do, they can be easily sorted, which means the material will not be frayed too easily, too soon.

The Realme Buds Wireless Pro neckband earbuds have 13.6mm Bass Boost drivers inside, which I think are capable enough for the good sound these earphones have to offer. I spent quite some time listening to various genres. And I would be cheating if I do not tell you how well Bollywood songs sound on these earphones.

I listened to Chandigarh Mein from Good Newzz and Care Ni Karda from Chhaalang on these earphones. The bass on these two songs is punchy and makes me tap my feet instantly. The throw of the bass is soft yet strong enough to make you enjoy certain beats. While the lows are extremely well rendered, the highs and mids also sound good. I could distinguish the sounds coming from shehnai and dhol distinctively in Laal Ghaghra from Good Newzz. Genres like EDM, pop, and hip-hop also sound well.

Coming to other genres, including metal or rock, among others, the Buds Wireless Pro earbuds belt out a good sound that I enjoyed. But there will be some users who would feel there could have been something more to this type of sound. And that is justifiably right. Because of the earbuds’ tendency to create thump or whoomp in the sound, some subtle sounds get missed. The sonic signature is, however, good enough. If you listen to soul music, you will thoroughly enjoy the experience.

The ANC on the earphones will allow you to minimise the entry of noise from your surroundings up to 35dB. You have three modes, much like those on the Buds Air Pro. These modes are called noise cancellation, general, and transparency. The transparency mode will let these noises enter your ear clearly so as to facilitate a conversation. You have a separate noise cancellation button on the loop to switch between these modes. Alternatively, you can switch between these modes using the Realme Link app. This app, available on Android only, will also let you control the earphones.

I felt the ANC is good enough for calls to be quieter and sound to actually be free of noise. But this is perhaps a watered-down form of active noise cancellation. Some discreet sounds like that of running water from the tap are still audible on the other side of the call. When listening to music, the chatter that goes around you normally is stopped but sharp sounds such as that of your doorbell or someone shouting will still be audible, which is okay I think.

Interestingly, the ANC here does more than what I (or you) would expect. When ANC is turned on, the sound suffers a bit. The bass I talked about a while ago loses some of its mojos. As a result, your regular songs will not sound as much well as they do otherwise. Turning off ANC solves the problem and you get that punchy bass back. This is something that I think could be a deal-breaker for some people because ANC is meant for listening to songs with more of their characteristics and not with those characteristics stripped off.

Realme Buds Wireless Pro earphones come with a claim of 22 hours playback with ANC on. In my usage, I got around 15-16 hours of continuous playback but I was not using the earphones continuously. I used the earphones for around 2 hours daily for about 6-7 days before the battery ran out entirely. The earphones take around two hours to fully charge using the USB-C port. You get the MicroUSB to USB-C cable in the box.

In terms of the sound quality you get on Realme Buds Wireless Pro and OnePlus Bullets Wireless Z, I think they are more or less the same. If you think ANC is not something that you need on your earphones, you can go for the OnePlus’ earphones for Rs 1,999 or one of the recent ones of Xiaomi. But if you value ANC and have a budget, you should buy the Realme Buds Wireless Pro. 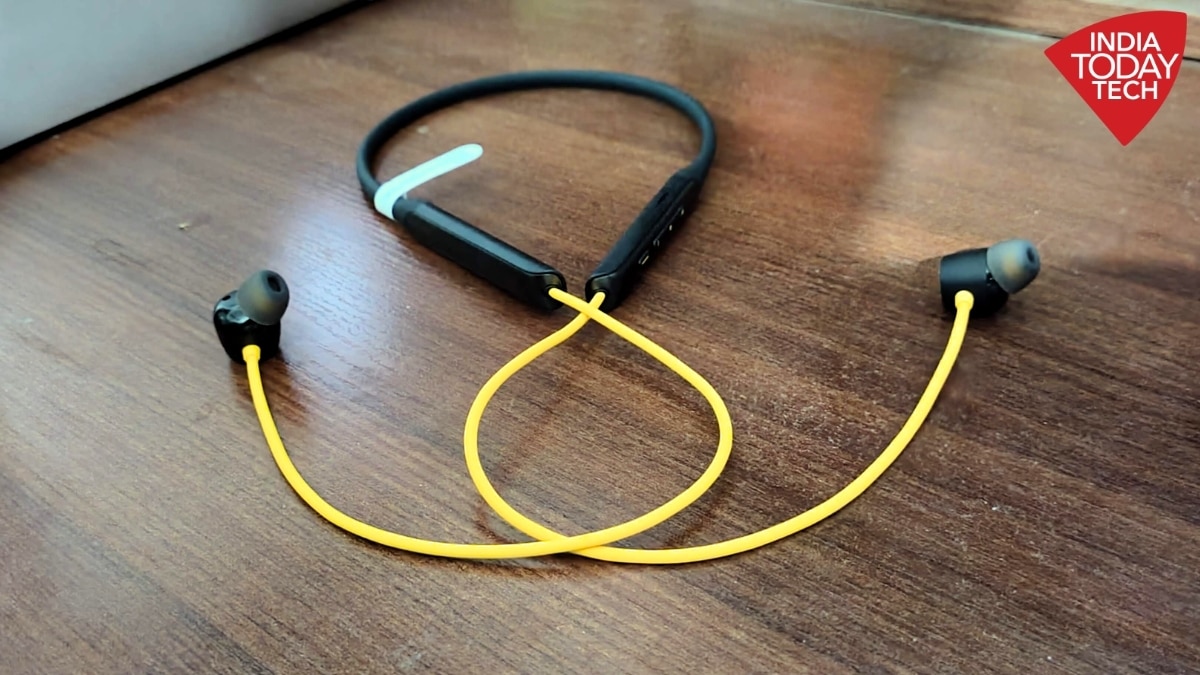