With the V20 SE, Vivo focuses on two major aspects, design and camera. Read our review to find out if it's worth buying.

The V20 SE is Vivo's latest phone in India and was launched barely weeks after its more powerful sibling, the V20, went official in the country. The phone closely follows the blueprint set by its elder sibling as it borrows both in terms of a design and features from the V20.

With the Vivo V20 SE, the company has again focused on two major aspects, design and camera, both of which have gotten a treatment that's right up there for the segment the phone has been launched in. But despite its looks, the V20 SE has been made available for purchase at a mid-range price of Rs 20,990. This ensures that the phone also houses core internals that are indicative of the same.

In India, the V20 SE will be available for purchase in two colour options — Gravity Black and Aquamarine Green. Of the two, we have the former with us today. Read our review to find out what we think of it.

One of the areas of focus with the V20 SE is its design, and that becomes clear the moment you hold it in your palm. Much like its elder sibling, the design here borders on the premium, even if not as premium as the V20. This is because the phone does not feature a dual step camera set-up or a punch-hole camera at the front -- two features that made the V20 look and feel like a premium segment device.

But even with Vivo not equipping the V20 SE with these features, and instead choosing a more conservative design language for the device, it still manages to look quite likeable in its own right. Talking about the V20 SE's design, the phone features a vertically aligned triple camera set-up at the back which also protrudes just a little.

The back panel features a dual-tone gradient texture, which shifts shade depending on the angle it is being looked at. However, the phone's back panel is a real fingerprint magnet which if not kept clean takes away a little from the gradient design of the device.

At the front, the V20 SE brings a 6.44-inch Super AMOLED display with support for up to full HD+ resolutions. It's a flat panel with no curves and a dewdrop notch at the top. In terms of performance, this panel is good for the price as it flaunts good viewing angles and can also get decently bright. The colour accuracy and contrast are also good, however, the panel lacks support for fast refresh rates, and can only run at a fixed 60Hz.

Much like the V20, the V20 SE is also one of the lightest phones around in the market, and because of its use of plastic on the back, the phone feels easy to carry in the hand. There are slight curves on the body which also make the phone extremely ergonomic and use to slip in and out of your pocket and because of the manageable size makes it primed for single-handed usage.

Moving on to what the phone hides under the hood, we have the modest Qualcomm Snapdragon 665 processor and an Adreno 610 GPU paired with 8GB RAM and 128GB internal memory with support for expandable storage using a microSD card. While this chipset isn't the most powerful one you can buy in this segment, or for that matter, not even as powerful as the chipsets that many of the V20 SE's competitors offer, it does just about enough to power games at medium settings and handle heavy-duty applications without any problems.

While we did not notice any lags or micro stutters while using the phone, we do believe these could be issues that may start to crop up in a year or two as the phone starts to age and its chipset starts to show signs of being pushed to its limit.

Unlike the V20 which came with Android 11 out-of-the-box, the hardware on the V20 SE has been tasked to run a copy of Vivo's FunTouch OS based on Android 10. However, this appears to be a temporary issue, with the phone likely to get Android 11 in the near future. But even without it, the Vivo V20 SE brings some decent features with its pre-installed hardware.

The V20 also offers good battery life, with the phone's 4100mAh battery pack impressive equally as the Vivo V20. Much like its elder sibling, the phone can stay alive on a single charge for slightly more than a day. It also supports the same 33W fast charging standard to top-up the device's battery really fast when it runs out of charge. During our review, we found that using the supplied charging brick, the phone can be charged 100 per cent in about an hour's time, which honestly is quite quick a response.

Like we mentioned above, the major highlight of the V20 SE is its camera set-up which despite not being as powerful as the V20 is still good enough to do more than just get the job done.

This is because the Vivo V20 SE gets a powerful camera set-up at the back which despite not being great is still pretty great to click pictures. Much of this is because of the triple-camera setup at the back which heroes a 48-megapixel primary camera with an aperture of f/1.8. This lens captures enough detail to help reflect a good amount of texture in the final shots.

However, its cameras are not truly perfect as they generally only impress when shots are clicked under good light. But having said that, when compared to the V20, the shots clicked by the V20 SE do not appear as accurate in terms of colours which tend to appear a little washed out at times. However, enabling HDR does improve the dynamic range of these shots.

The phone also offers a lot of versatility, with the device offering an 8-megapixel super-wide-angle camera with an aperture of f/2.2 which offers average photography experience. The images clicked using this are definitely usable, but do not wow when looked at. The set-up is completed by a 2-megapixel Bokeh camera with an aperture of f/2.4. This lens, however, does not do too great a job, with images not appearing of the same visual quality as the Vivo V20.

The low-light performance of all the lenses are nothing to write home about. They get the work done, with the 48-megapixel primary lens clicking decent shots when not fed with good light. Such images do show some level of noise in them and also look lacking both in terms of detail and colour accuracy. Enabling Night Mode helps improve the quality of these shots, but the results only feel marginally better, with images appearing slightly brighter and richer in appearance.

For selfies, the Vivo V20 SE gets a 32-megapixel lens with f/2.0 aperture. This lens can capture really detailed shots with accurate skin tones. It comes with support for HDR+ Morpho algorithm which brightens up dark spots and reduces overexposure to improve the quality of selfies.

The V20 SE is a good phone that has a few things going for it. The device offers a lightweight design and offers decent cameras for the price. However, it is far from being the right choice if you're willing to spend upwards of Rs 20,000 on a smartphone.

While there are good alternatives to the V20 SE from competing brands, we feel the best alternative for the phone is probably the phone's elder sibling, the V20. This device not only improves on the SE with more powerful hardware but also promises afar more attractive design and better cameras to go with it.

Yes, there's a price difference of about Rs 4,000 between the two phones, but in our opinion that's a fair enough trade for the improved performance and extra features you get with the V20. However, if that phone's over your budget, then we suggest skipping on buying the V20 SE altogether. 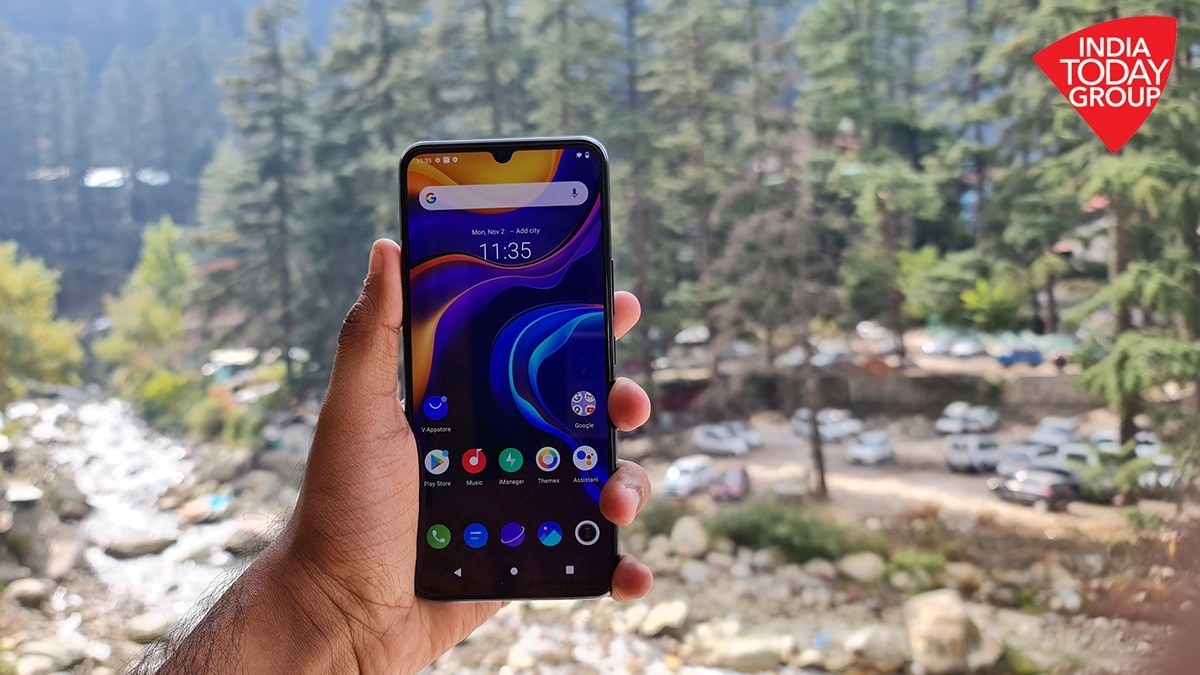